The Resurrection of Christ

Why is Resurrection of Christ an important topic? Because, the resurrection of Jesus Christ is foundational to the Christian faith!

[tweet_box]Resurrection of Jesus Christ is the foundation to the Christian faith.[/tweet_box]

“Now if Christ be preached that he rose from the dead, how say some among you that there is no resurrection of the dead?” – 1 Cor. 15:12.

What if resurrection of Christ never happened? Christianity would collapse! In 1 Corinthians 15, Paul made the Corinthian church know the importance of the gospel and the “resurrection” as an important element of the gospel. The issue can be clearly noticed in verse 12.

I. The Presentation of the Resurrection

A. The presentation of the gospel (v.1)

B. The evidence of the presentation (v.1)

II. The Primacy of the Resurrection

A. Paul received the message

B. Resurrection was “delivered” as a primary importance

III. The Proof of Resurrection

A. He appeared to Cephas (Peter)
B. To the twelve
C. To the five hundred at once, of whom some are still “alive” at that time
D. To James
E. To all apostles
F. And to Paul

The evidence is clear that Christ died for our sins, and was buried and rose again according to the Scriptures. BUT, many opponents are attacking this very foundation of Christian faith. They claim that the resurrection of Christ is not historically valid; that this event was not real.

Resurrection of Jesus Christ is “foundational to the Christian faith.” Obliterating the resurrection account is a complete insult to Christianity.

The Proof for Historical View of Resurrection

IV. The Concept of Resurrection in the Old Testament

V. The Concept of Resurrection in the Early Judaism

VI. The Concept of Resurrection in the New Testament

VII. A Brief Analysis of the Resurrection Passages

VIII. The Analysis of Empty Tomb

Based on the number of evidences found in the Scriptures, how can one claim that Jesus did not raise from dead? If Jesus did not rise from dead, then Christianity itself is a false religion to believe and to accept Christ as one’s Savior. But, on the other hand, the Scriptures clearly indicate that believing in the “resurrection” is absolutely necessary for one to be saved (Romans 10:9). Opponents of Christ’s bodily resurrection seem to approach the Scripture with a notion that: Christ did not rise from the dead. The analytical evidence they provide are not thorough, and it is more subjective. The witnesses did not dream or had visions or were hallucinated. The events occurred in the Bible, especially Jesus appearances were real, and the witnesses that encountered Him were real. If these events were not real and if Jesus did not rise from dead, why would the disciples return back to carry on the mission that Jesus has commissioned them? Why would they put their lives at stake?

J.P Moreland gives five crucial points that support the evidence for resurrection: (1) The disciples died for their beliefs, (2) Conversion of skeptics such as James, (3) Changes in the social structures, that is, thousands of Jews believed in Christ after resurrection, (4) the communion and baptism in the early church, (5) and the emergence of Church.

Believing in resurrection of Christ is not self-deception as opponents claim, rather it gives rise to hope that cannot be found outside of Christ.

[tweet_box]Believing in resurrection of Christ is not self-deception as opponents claim, rather it gives rise to hope that cannot be found outside of Christ.[/tweet_box]

Joel B. Green, Scot McKnight and I. Howard Marshall, eds., Dictionary of Jesus and the Gospels. Downers Grove: InterVarsity Press, 1992, 673-74.

Joel B. Green, Scot McKnight and I. Howard Marshall, eds., Dictionary of Jesus and the Gospels. Downers Grove: InterVarsity Press, 1992, 675.

Norman L. Geisler and Frank Turek, I Don’t Have Enough Faith to Be an Atheist. Wheaton: Crossway Books, 2004, 300.

Lee Strobel. The Case For Christ: A Journalist’s Personal Investigation of the Evidence for Jesus (Grand Rapids: Zondervan Publishing House, 1998, 244-56. 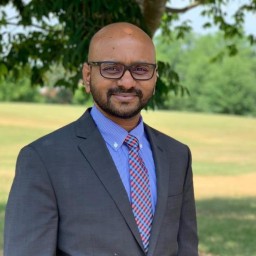